C2. Where Is My Floppy

from The 8​-​Bit Sessions by Pharmacom 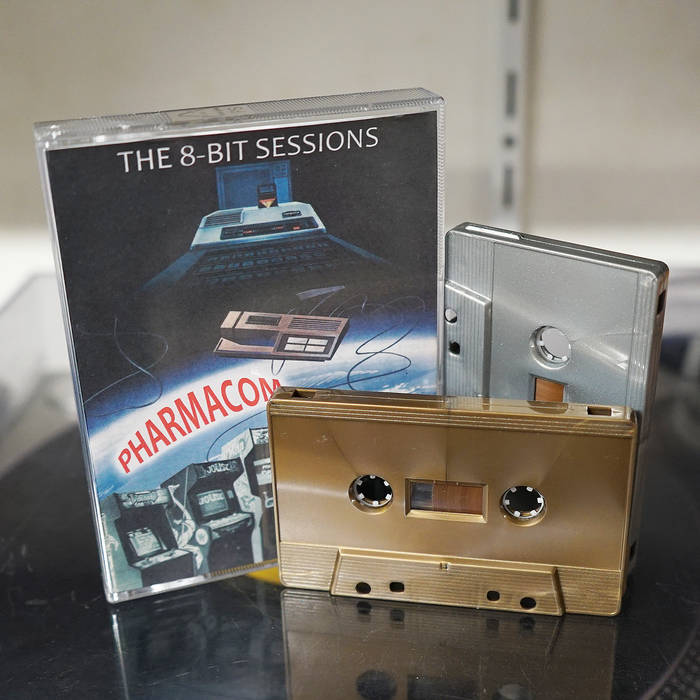 Fresh from the vaults of the German underground imprint Pharmacom Records are "The 8-Bit Sessions", a limited to 20 - sic! - hand-numbered copies double cassette album release which presents a total of 32 tracks plus an additional megamix created by underground hero Sascha Müller a.k.a. Pharmacom. As the title suggests, and so does the nod to the Commodore C64 system artworkwise, the album solely focuses on a musical style known as Chiptune, a genre mostly associated with classic vintage computer games, handheld consoles and, of course, arcade games of yore. Using and abusing these references to the absolute max we're following Pharmacom on a journey through the sonic variety of the genre, from imaginery game music and level themes to dark, brooding dancefloor bangers and killer 8bit Phonk and beyond, including minimalistic repetitions, highly experimental sonic excursions, intense sci-fi score pieces and computational soundscapes of a retrofuturist kind. If you're a Chiptune connaisseur this defo is one to put on the very top of your wantlist for a reason.