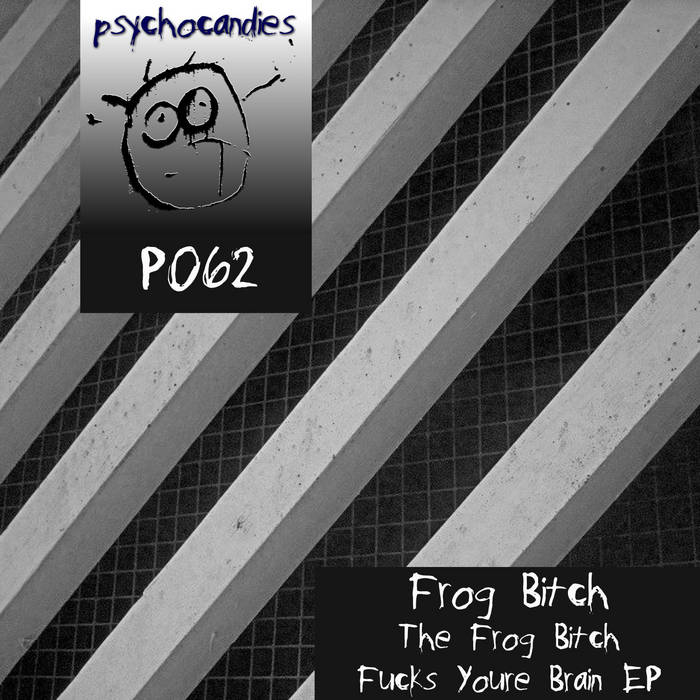 Another new one on Psychocandies is the "Frog Bitch Fucks Your Brain EP" by, ofc, Frog Bitch which is due for release on December 28th, 2k17 and caters three new tracks from the mysterious artists' studios. Opening with "Untitled 2" we're drawn into a world of dry, experimental ElectroTech rhythm signatures and repetetive, lo-fi sawtooth synths surely made to fuck up one's braincells whereas the following "Untitled 3" brings on deep, hypnotic ClubTechno vibes seemingly coming straight from the ProtoTrance era that was about 1992/1993, catering some excellent 303-modulations for a floating AcidTrance feel before the concluding "Untitled 4" presents a way harsher, distorted and merciless take on raw MonoAcid that could've been derived from the idea of pitching down screaming AcidCore to the max. This tune is for the headstrong only.