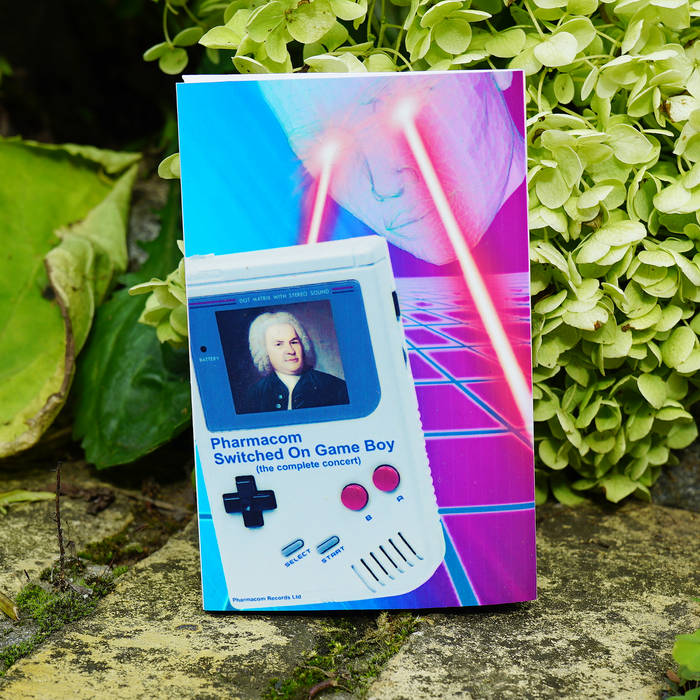 The latest release on the long time running imprint Pharmacom Records hits the underground circuit as a numbered, limited to 20 copies cassette tape which surely draws inpiration from Walter Carlos' a.k.a. Wendy Carlos' legendary and high acclaimed early Synth album "Switched On Bach" but takes this inspiration even further in terms of a lo-fi, tongue-in-cheek Novelty Music attitude. Instead of using high end synthesizers Pharmacom employs a beloved gadget, Nintendo's Game Boy device, and its music software to turn dusted and done with Classical music by the likes of Johann Sebastian Bach, Chopin, Hayden, Liszt, Burgmüller and Schubert into something cheer- and delightful that even die-hard fans of electronic - and gaming! - music can enjoy without any regrets or resentment because, even though the notation and classical motifs remain untouched and unaltered, the microchip interpretation adds new, oftentimes unexpected, textures and a totally new perspective to these Classical compositions from the days of yore. Highly recommended stuff.