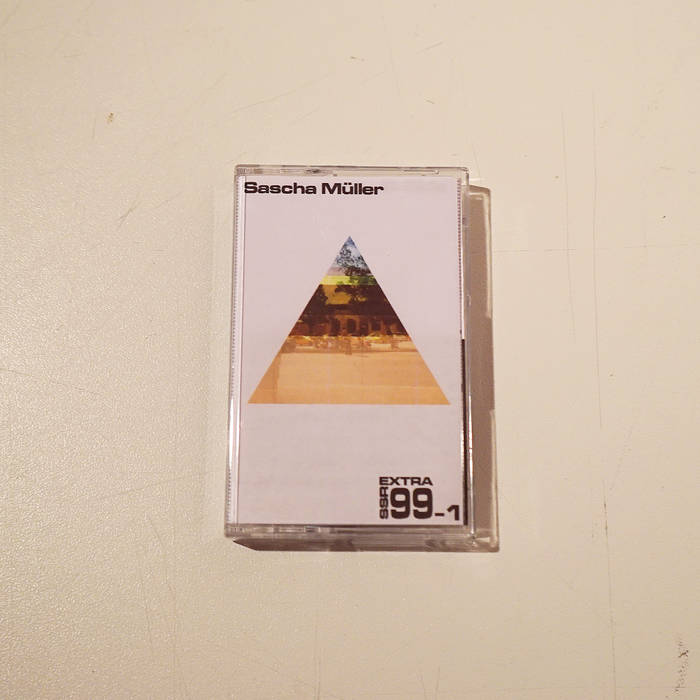 Coming in with another fresh and untitled album on his very own Supersix Records Extra-imprint is the man Sascha Müller himself, who's catering a menu of 15 previously unreleased tracks on this one. Opening with "Transfiguration" we're drawn into a realm of raw, brutally stomping bassdrum power paired with bubbly, yet braincell melting MonoAcid modulations whereas "Track 06" caters haunting, otherworldy and ever shifting Noize movements creeping up from the surface like Lovecraftian horrors followed by enormous pulses of grinding, yet somewhat harmonic HarshNoize in "Track 20" before "Track 21" weighs in more of the same in a darker, more Industrial leaning horror fashion. Going for a more dancefloor-focused approach powered by a decent Munich Disco-bassline and dubbed out pads as well as minimal space warps is "Dry Faster" whereas "Future City" weighs in 10+ minutes of stripped down, masterly crafted DubTechno minimalism with a warm, slightly DeepHouse-reminiscing twist and the "Motherfukkin House Dancer *Sascha Müller Remixed Sascha Müller" version caters, well..., the most uplifting Acid-infused HappyHouse we've heard in ages. With "No4_A23" the Uelsen-based producer brings forth a bouncy, fast-paced minimal fusion of tripping Acid and ClubTechno, "No6_A10" goes down a similar, yet more muscular and flogging alley, "No6_A12" enters fast paced, metallic, high quality TechnoJazz territories and "No8_A15" drives crowds mad with its precisely sculpted ToolTechno attitude and haunting signals before "No10_A11" starts to drill down on punters braincells with a hammering, buzzing foundation of raw, distorted bassdrums and haunting, ever building layers of subaquatic white noise warps. For a closing the series of tracks named "Orion Rising Part I / II / III" sees Sascha Müller on a brutal, ever spiralling Rave vs. Acid tip bordering 90s Hardcore before Hardcore Techno even became a thing. Three killer cuts in a row, there.