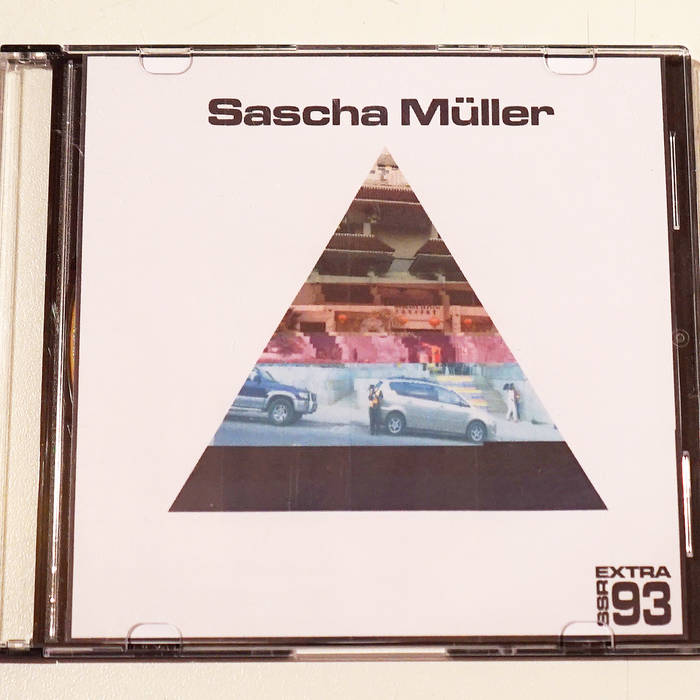 Fresh on Supersix Records is Sascha Müller's 93rd - !!! - untitled album on the label which, doing a bit of math here, leads to the conclusion that this German artist must've released over a thousand tracks on this label alone, clocking in at an average of eleven tracks per longplayer. Opening with the double feature "Studio I" / "Studio II" we see the ever busy producer provide screaming variations of muffled, tool-focused primetime Techno for the first cut whilst the second employs a similar attitude, yet presents a clearer mix, loads of offbeat percussion layers and a certain, undeniable swing for all true Techno heads out there. The subsequent "Subway Informations" reveal a formula for positive, ever floating AcidTrance happiness, "Sunflow" brings on the most beautiful Ambient Trance vibes ever and "Sweet Valley High" is meandering in between lo-fi Phonk and distorted, abstract TechnoJazz - think Cari Lekebusch on Loop Recordings or similar records here. Following up is "Take Off And Landing", a super dry, stripped down take on percussive, distorted Phonk, "Telemusik" is haunting, gooey, slow motion Acid recorded in alien swamps before "Teta Waves" switches gears rapidly to set dancefloors in motion with nothing but hard banging, super functional Rave Techno for strobe lit warehouse brock outs. With "The Process" we're entering a world of busy midrange modulation and whipping snares for more technoid peaktime madness, "Timbersports" harks back to vibe of the raw, unprocessed Acid tunes emerging from Italian studios in the first half of the 90s and the concluding cut named "Time Lock" provides a well experimental polyrhythmic IDM closing for those loving to go deep in their homelistening session. Another great selection from this criminally underrated production force.