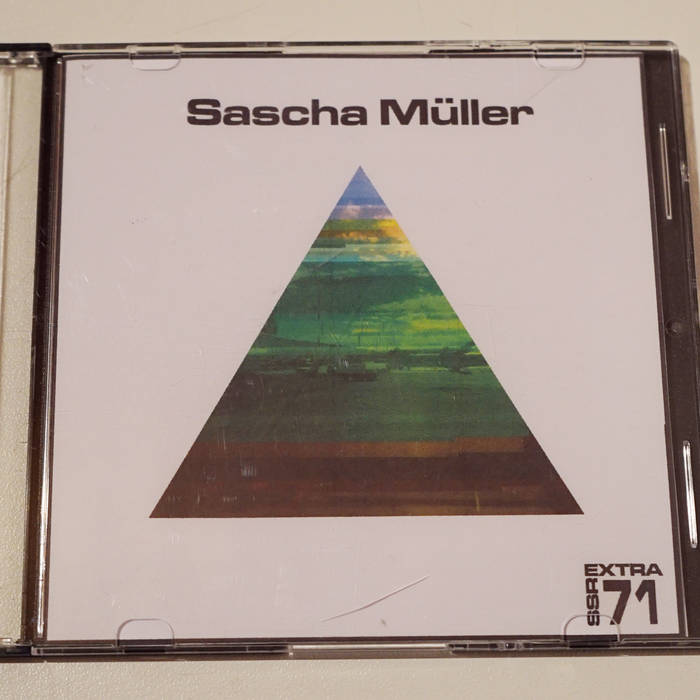 And here it is - another new twelve track album on Sascha Müller's very own Supersix Records imprint, bringing us more previously unreleased music form the artists bottomless archive vaults. Opening with "Phase Shifter" we're entering a dark, subsurface world of desolate Illbient and wapred vocal transmissions, "Closer To The NDS Part 01" caters to those longing for weird lo-fi bleepouts and the "Evil Monotron 1" tackles a similar route, yet focusing on a twisted, mind-bending, repetetive bassline motif alongside characteristic and possibly modular bleeps before "The Space Is Our Friend" brings forth dreamy, angelic Ambient structures and ethereal non-vocalisms over the course of its 10+ minutes runtime whilst turning from calming and beautiful into strange, unsettling, cut-up and glitched out. Following up is "A Stage Of Drones", surprisingly rather indulging in the genre known as Clicks'n'Cuts rather than in drones, "Closer To The NDS Part 02" is slow, raw Oldschool Techno reminiscent of the Italian scene in the early 90s whilst "Evil Monotron 2" brings forth more twisted experimentalism and so does the follow-up that is "Evil Monotron 3". Dealing with "Interactive Warlords" we see Sascha Müller exploring a sci-fi'esque take on electroid, well dancefloor-functional MinimalTechno with a noisy, digital twist, "Closer To The NDS Part 03" provides a hypnotic, braincell breaking take on lo-fi Space Techno, "Halbtet" is a raw, unprocessed piece of fascinating, tongue-in-cheek Intelligent Techno and the final cut "Artektika" takes the genres vibe even further, introducing a kind of Tribal-influenced heat alongside hard-hitting percussions to strobe-lit peaktime underground dancefloors.