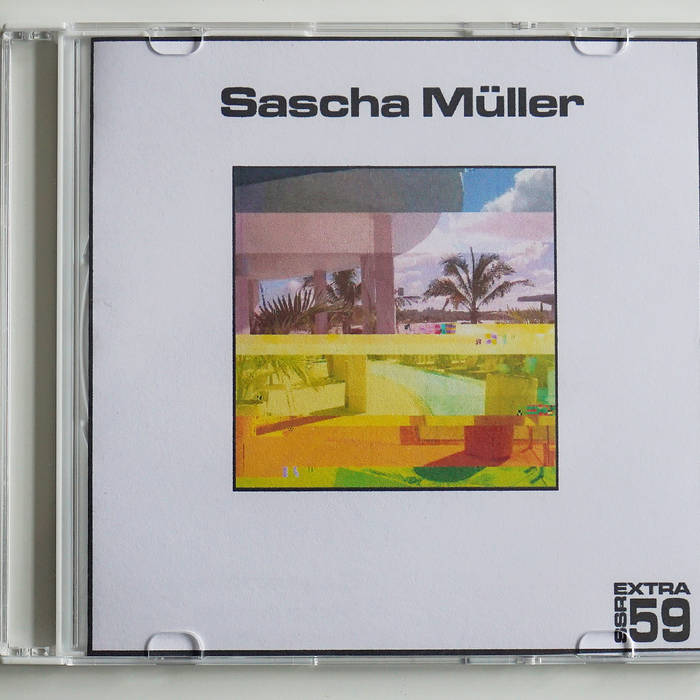 Coming up with a new untitled album on his own Supersix Records label is the man known as Sascha Müller who is catering another menu of twelve previously unreleased tunes with this longplay effort. The opener "Der Schieber (Olala Mix)" weighs in hard, uncompromising and tool'ish Techno that would've been labelled as Schranz in Germany a good ten years ago, "Gain" presents Techno purism on a more hypnotizing and futuristic level, sending huge spaces to heavens with its distinct drive, "Global Control" combines raw, BigBeat-reminiscing Breakbeats with a straight 4/4, spaced out DubTechno chords, a playful, uplifting synth motif and a deep as fuck take on Phonk basslinewise whilst "Implant II" is a blueprint for banging Techno brutalism bordering Hardcore in late 2k17 for sure. Being "Impressed" comes down to dancing to super dry, yet playful House music infused with jazzy drums and sweet, seductive melodic aspects, "In The Japanese Gameroom" brings on traditional Japanese instruments, fast Breakbeats and, of course, loads of 8bit game music influences whereas "Jazzistic Part II" seems to follow a more comical, overdrive and hyperspeed approach and can be seen as a glitched, tongue-in-cheek take on Novelty Music before the "Latinoman" makes us dance to masterly crafted, percussive Techno rhythms and "Lichteffekt" weighs in a deep, complex Intelligent Techno feel for late night underground sessions in full on ecstasy. Finally, a lonely "Little Green Man" is having a ChillOut party to Acid-infused slo-mo Electro, lost somewhere in an alien swamp, the "Loved Rocking Beats" present razor sharp, B12-influenced UltraPhonk for all the dancers and breakers out there before a visit to the "Mekong Delta" unveils a new angle on metallic, ultracompressed Techno for those in need of a deadly weapon to cold floor ravers on the dancefloor. Quite a diverse arrangement of quality tracks, this.