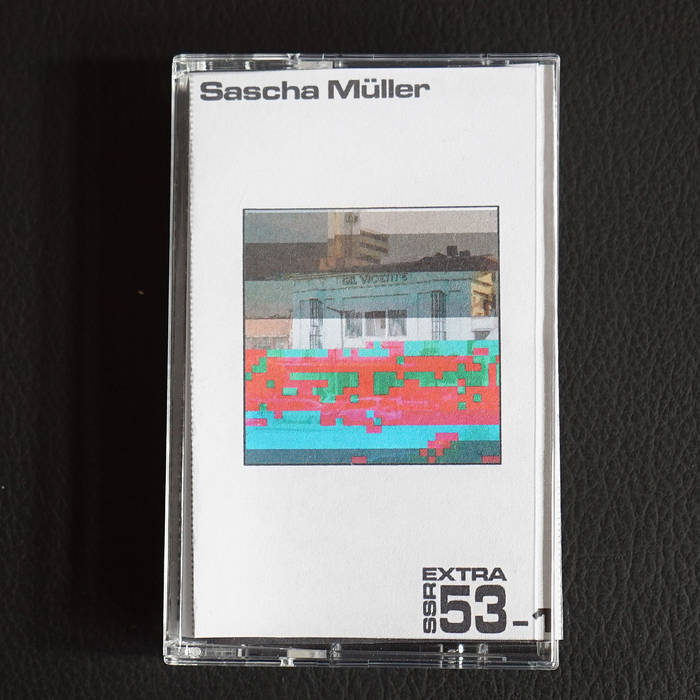 Just released via Super Six Records Extra is Sascha Müller's most recent untitled album which brinngs us another twelve tracks showcasing the unstoppable, vastly creative stream of tunes churned out by the Meppen-based producer on a regular. Going into this offering with "Traumschwingungen" we're floating along deep Ambient / ChillOut vibes before "tRIGGER" activates our club mode without further notice, setting our bodies in motion with hard stomping beats on the fast lane as well as a repetetive, tripped out synth responsible for a proper brainfuck. With "Trippi" the mood changes completely, going back to bass heavy Minimal Funk mixed up with hard hitting Breakbeats and echoes of uplifting Rave stabs, the "UFO" touches down from a planet of DeepHouse densely populated with beautiful, atmospheric chords and the occasional haunting effect whilst "Week Days" are weighing a very special take of IDM vs. playful and friendly analogue bass tones somehow evoking memories of a Plaid vs. Mike Paradinas crossover collaboration that never happened. Starting the "Computer" we're entering a virtual simulation of mid-90s Detroit and its more tool-orientated approach towards Techno brought to perfection by the likes of DBX, "Endspurt" takes the tool'ish, cold and mechanic vibe to highspeed levels and "50000 Motherfuckers" dance their ass off to a mysterious, Acid-infused, Trance-emulating groove and warm, organic melodies that make this tune stand out as the most fascinating, most creative work on this longplay piece for a reason. "A Night In Bankok" obviously means to go a hard to a soundtrack of thrilling Rave-orientated ClubTechno with additional layers of beautiful panorama strings and the "Acid Machine" sets our senses to a high alert mode before an apocalyptic Rave hell breaks loose for all those loving their early Hardcore and Belgium Techno to the max. Furthermore there's "Active", a stripped down and well-hypnotizing Intelligent Techno tool for advanced DJs and the final cut "Afrika Rocks" which is fusing original tribal drums with hard banging HardTechno drums to more of a tongue-in-cheek novelty effect. Interesting stuff, this.