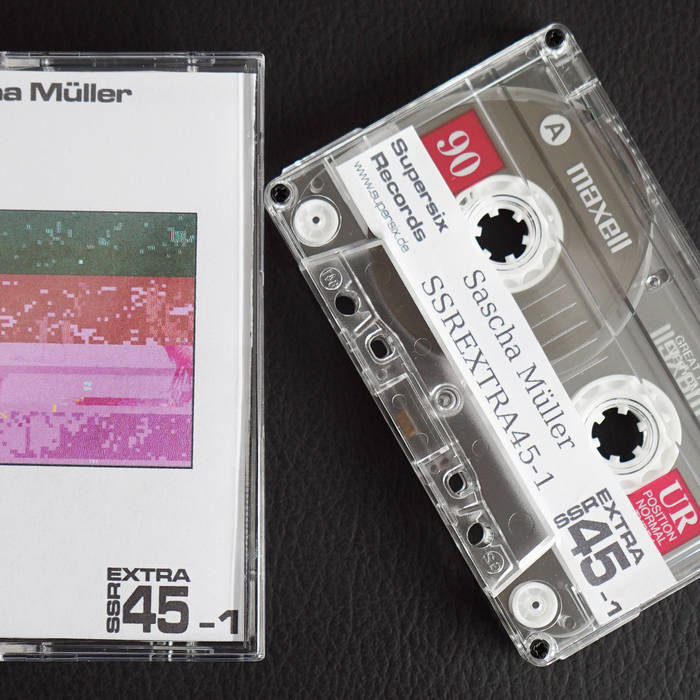 To be unleashed via his very own imprint Supersix Records Extra on June 30th, 2k16 is Sascha Müller's 45th untitled album in an ongoing series of releases which brings us another dozen tracks from his studio vaults catering what we'd refer to as quality electronic, dancefloor focused music. Starting into this album with a quite familiar sounding, yet seemingly alternative version of his originally 2003-released killer cut "Atomic Mack" we're entering straight up Electro realms here and are as pleased as all breakers will be doing their robots and body pops as soon as this tune is on. Following up is "Ghost Chaser", a classic, timeless piece of quality fastlane Techno that's working crowds for now and ever, the ironically titled "Hühnerficken" weighs in dry stomping technoid minimalisms, heavy claps, alarming synth motifs and 'troity qualities, "Inverse Control" mixes razor sharp hi-hats and infectious synth works to an absolute prime time suitable, slighty ravey effect and "Juice" is keeping energy levels high with a more percussive approach and pretty juicy 303 workouts for all real Acid headz out there. Furthermore we see "Kinetik Robots" dancing to more muscular Techno variations, "Kondensator" switches musical themes and takes on a direction that would've been labelled genrewise as HardHouse around ca. 1994/5 whilst taking over dancefloors by storm due to a simple, yet uplifting main motif and a frolicking Acid feel, "Less Motion" is not that static as the name might suggest and comes across with a raw, unprocessed vibe and "Loose" finally starts with a super phonky Breakbeat loop soon joined by a reverberating foundation of massive bass drums as well as funny sweeps and random harmonies scattered all over the place for great late night results. The "Magnetic Killer" kills braincells and heaving rave audiences with a spiralling Acid Trance overdose, "Mangaro" is another Phonk driven bass monster bringing us a lot of raw drum machine sounds and strange bassdrums from the deepest underground accompanied by Wildpitch referencing modulations before the final cut "Mark 4" goes back to a more minimalist level and rocks crowds with a simple two-tone bleep signal and a few additional layers of sound. Lovely stuff!