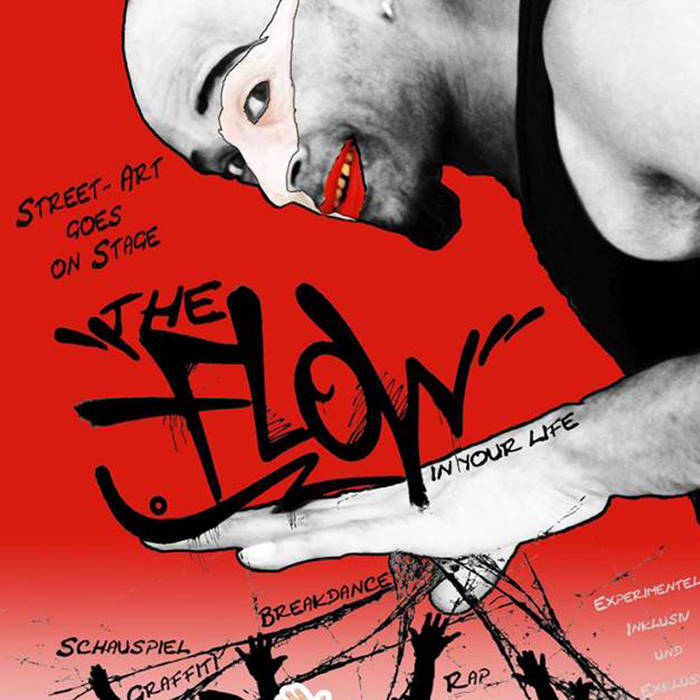 This is the Album from the theater show THE FLOW. An Experimental Street Art Show from Beate Trautner. This is The Album with the best Tracks from thsi Show made by Sascha Müller.

And now to something completely different. The man Sascha Müller, known for his prolific, high quality work in the field of mostly Acid and Techno as well as for curiously branching out in his explorations of other musical realms has turned his headz towards stage art, providing the soundtrack for a theatrical play named "The Flow" that was staged in the German city of Münster recently. Although we haven't seen the play yet the 47 minutes of soundtrack / stage music comprises of elements like Tango, BigBeat, Computer Game Sound in conjunction with Asian elements, classic Electro, Breakdance music, Deep Listening Ambient and - of course - sparse abstract, robotic Techno that's surprisingly sporting heavy EDM / Brostep basslines providing an intense contrast of full-on energy and a skeletal structure. Especially the electroid masterpiece named "Basketball" is a tune that is well remarkable, featuring all the right ingredients to be featured in a future sequel to Dave Clarkes seminal "X-Mix: Electro Boogie" if there's one to be some day and possibly one of the best, emotionally complex tunes in Sascha Müller's back catalogue of thousands of tunes released and produced throughout his career. That guy is still exploring new paths and we gotta give him thumbs up for that - great work!