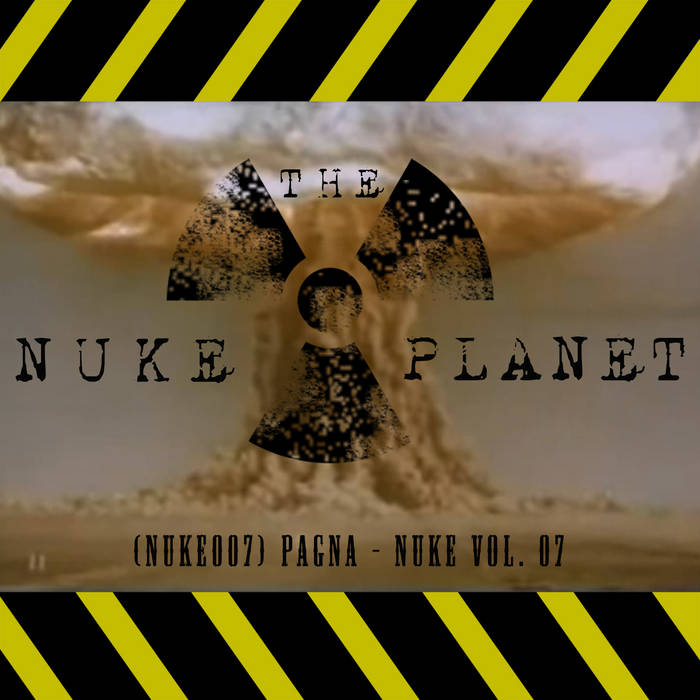 Another one fresh out on the digital circuit is Pagna's new one track single named "Nuke Vol. 7" on the experimental, yet hard-edged Nuke The Planet imprint which has turned out to be a platform for new, unsigned talent since the label launched. Opening with cold, hostile, icey storm sounds we soon see Pagna switching gears towards fast paced mechanical war and attack mode, releasing a barrage of brutalized killer drums alongside deadly atmospheres, a disturbing wall of horrifying, distorted noises which to a degree of certainty incorporates mutilated scream of torture and hands on brutality whilst a distinct, yet simple synth motif completes the soundtrack to your most evil nightmares. Disturbingly good Warcore.