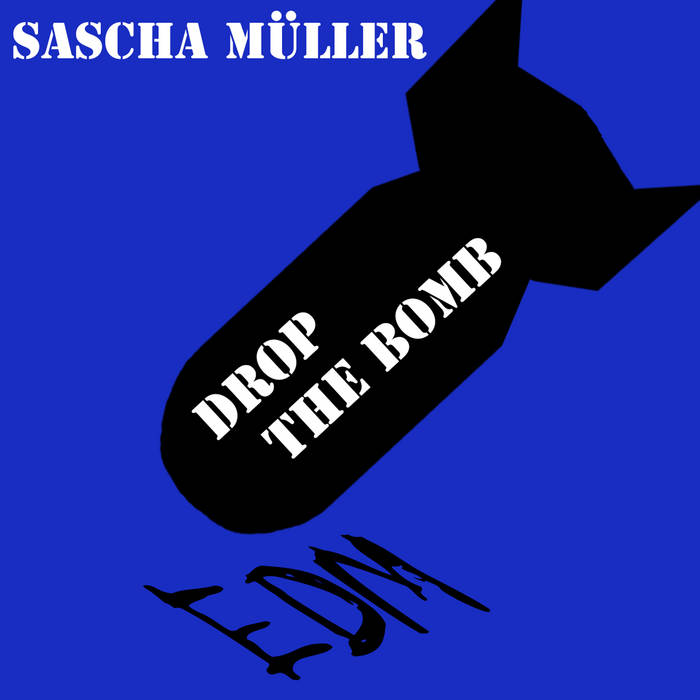 The Meppen-based producer Sascha Müller hit the digital circuit with another album in early November. Entitled "Drop The Bomb" we see him leaving his usual underground Acid and Techno paths to aim at the so-called EDM scene with a series of ten tunes which are, surprisingly, all properly radio formatted in terms of their runtime and do prove that the Meppen based artist would be able to compete within the circles even. The opener "Monsters" brings us epic, uplifting Trance with a big room twist, "My Little Melodie" starts out slightly darker with a banging array of compressed drums and reverberating clap attacks before 90s Rave stabs and the ultimate cheese break start to get Hardstyle ravers busy whilst "Adena" fuses a metallic sounding tech-foundation with more uplifting melodies and a kitsch vs. drumroll overdose for hyperventilating dancefloors. Following up is "Back One", seemingly focusing on an ElectroHouse-infused take on mainstream-infused primetime Trance with some futuristic Acid bleeps, "Eased" comes up with a captivating, super energetic strobelight sequence ready to shut down festivals like Ultra within seconds, "Evolution" weighs in a little Mauro Picotto-resembling vibe before breaking down in the cheesiest way ever possible just to come back as a Rave smashing monster and his "Magic Feelings" are, well, magic for those liking their drums marching and merciless and their melodic breaks reviving the 90s HardTrance era. Undergoing a "Metamorphosis" we're indulging in a most beautiful sequence for a good 262 seconds, taking us to beloved, yet well hyperfueled Melodic Trance realms and whilst we're "On Fire" things are getting a little harder, drums start banging and hooklines are warped through various alienating filters. Finally, Sascha Müller takes care of the "Spirit" - a.k.a. PLUR if you're from the States - in terms of abusing classic, plastic sounding 808 percussions in a Hardstyle emulating context to conclude an album that's defo a bit a of a surprise, but also a fun ride for a reason.