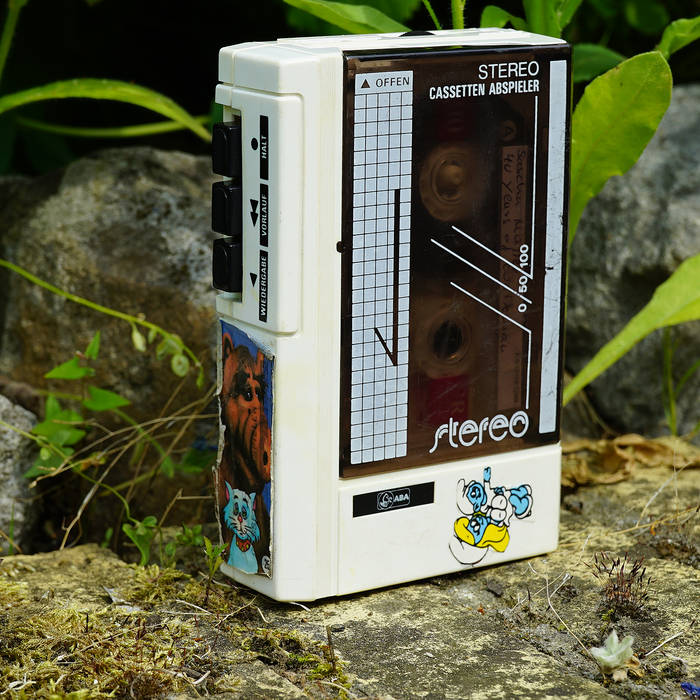 Celebrating the 40th anniversary of the legendary, culture-defining device known and loved as the Sony Walkman we see Uelsen's creative overlord Sascha Müller coming up with something very special - a fifteen track C90 cassette tape release, limited to 20 hand-numbered copies with each copy being housed in a defunct - guess what? - Sony Walkman. Put on the circuit via SM Tapes the versatile producer seems to be sticking to a well thought out Electro- / Breakdance- / 80s-informed theme, opening with the melodic Technolectro cut "Mission To Mars" whilst "Dance Like Robots" covers a more stripped down approach towards vocoder-infused Phonk before "I Am A Computer" delivers a thin, dry, electroid anti-groove accompanied by beauteous Detroit strings. The subsequent ode to "Machines" once again harks back to the late 90s genre that was once known as razor sharp Technolectro, "Termalsonde" brings forth nearly 9 minutes of dreamy electroid Downbeat / ChillOut for SpaceNight purposes whereas the classic "Mr. Robot" brings back a lot of positive vibes for a reason and the "Weltraumprogramm" indulges in a deep, floating sonic realm of spaced out AcidElectro with a trancey twist. Looking into "The Sun" reveals a fusion of super positive ElectroClash and uptempo ItaloDisco, "Only Need You" is following up on a similar path whereas "Pokemoon Power" causes wild havoc on every advanced Electro floor for a reason and "Sundown" comes as a surprise in terms of oldskool'ish TechStep / Drum'n'Bass with clear Photek-influences. "19" is one of Sascha Müller's beloved classics once put out on the vinyl circuit via Intrauterin Recordings, attending the "Filmfestspiele" we experience a collage of classic movie samples, epic strings and a deep, rhythmically complex take on Phonk, the "Beat Junkie" comes at us as agressive and phonky as ever and the final cut "The First Step" once again goes back to a raw, hounded and slightly oldskool flavored variation of 90s Drum'n'Bass for a closing. Good stuff, this.